It was another dark moment in America’s history, when on the night of October 1, 2017, a gunman opened fire on a crowd of concertgoers at the Route 91 Harvest music festival on the Las Vegas Strip in Nevada, leaving 58 people dead and 546 injured.

A night of revelry turned into a nightmare for some 22,000. The gunman, Stephen Paddock, 64, turned the gun on himself. Roughly an hour after he fired his last shot into the crowd, he was found dead.

It became another senseless and heartbreaking loss for so many, with the incident now etched in history as the deadliest mass shooting committed by an individual in the United States (for now, anyway).

Out of the darkness, however, came an outpouring of compassion, and a kindness movement was given birth to by a woman named Mary Rendina, whose daughter left the concert just 10 minutes prior to the shooting. The family as a whole knew people who had their lives destroyed by the tragedy. Something had to be done to lift the spirits of those reeling in utter heartbreak.

“I was on a Southwest Airlines flight from Las Vegas to Reno a week after the shooting,” Mary recalls. “There was a passenger who was giving our flight attendant a hard time and I could see the flight attendant was upset. Prior to deplaning, I told the flight attendant I knew their job is really tough at times having to deal with unhappy customers. I complimented her on the service she gave us and encouraged her to not let the unhappy passenger get her down. I gave her one of the gift cards and told her to have a cup of coffee on me.

“As I deplaned I thought how good I felt having seen the weight lifted off of her with just a word of encouragement and a small act of kindness. I began to think about how amazing it would be to do Random Acts of Kindness in the name of those who died and encourage others to do the same.”

Fueled by inspiration, Mary quickly set about creating an outlet that would allow others to give back in the name of those who were slain.

“Upon arrival at my hotel I drafted the concept of the logo and reached out to a friend of mine who is a graphic designer,” Mary explains. “He completed it for me in a few hours and I set up the Facebook group. I called another friend who is a D.J. in Vegas. He invited me to share it the next morning on his radio show. Within a few days, we had over 3000 participants which equaled over 175,000 Random Acts of Kindness commitments all over the country!”

Fast forward to today, and the #58 Random Acts of Kindness Facebook page has 5185 people (and counting) that are spreading kindness as a tribute to those who lost their lives, with their heartfelt efforts posted alongside pictures to the page.  #58 RandomActsofKindness is not only a fitting tribute to those who died, but the posts (a selection can be seen below) are an extraordinary example of the benevolence of the human spirit. 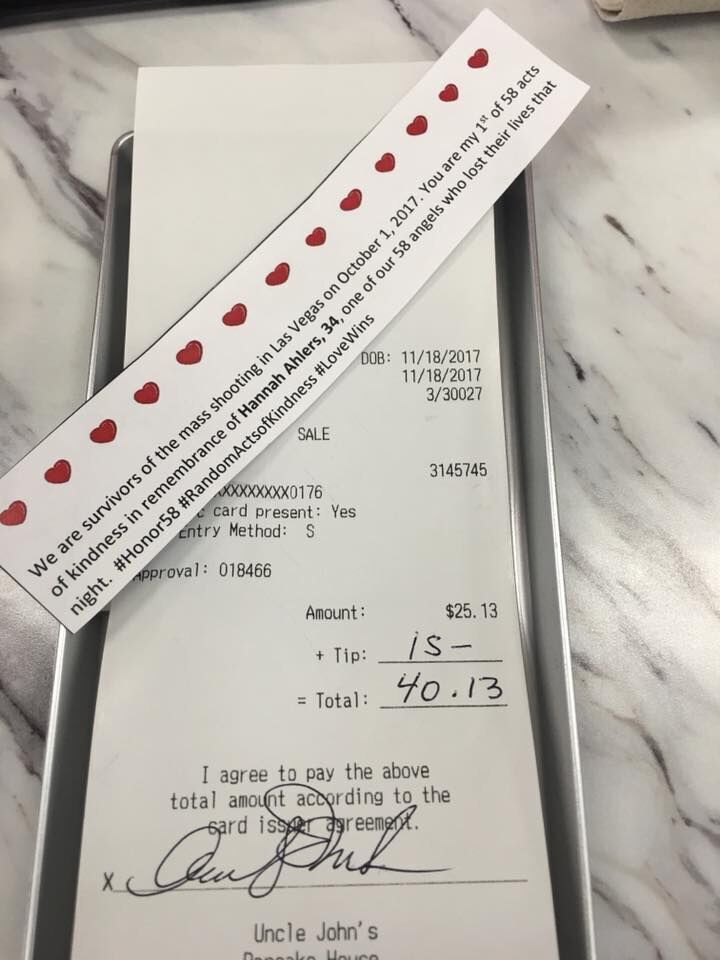 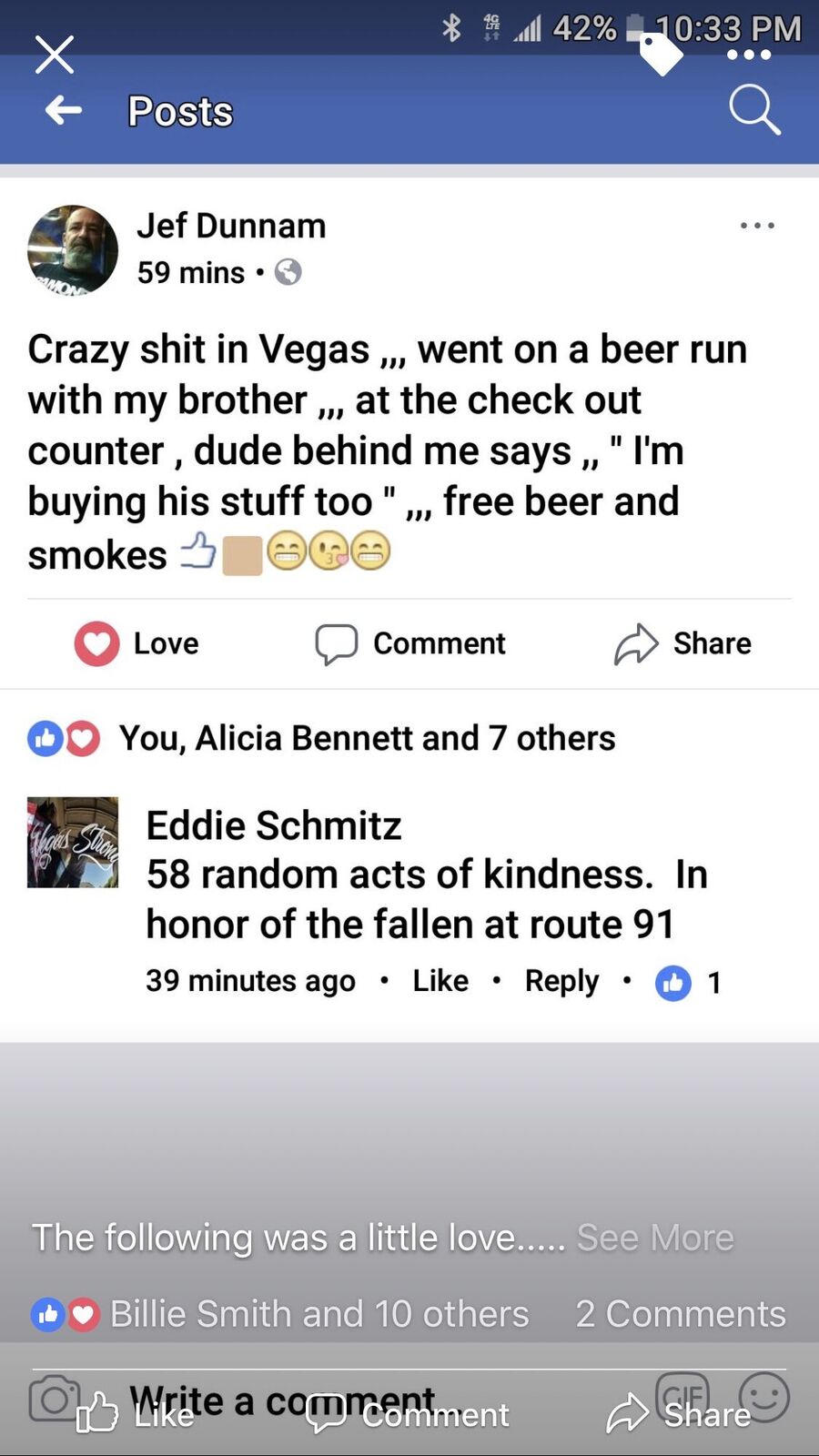 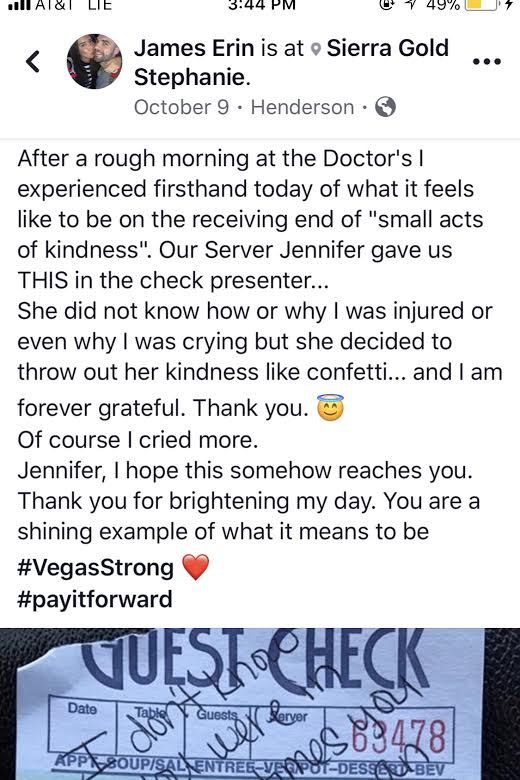 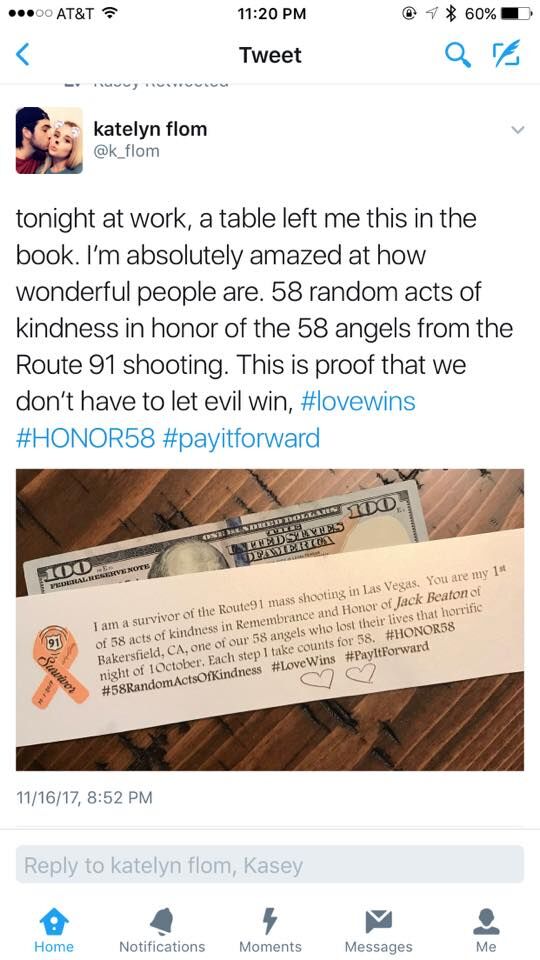 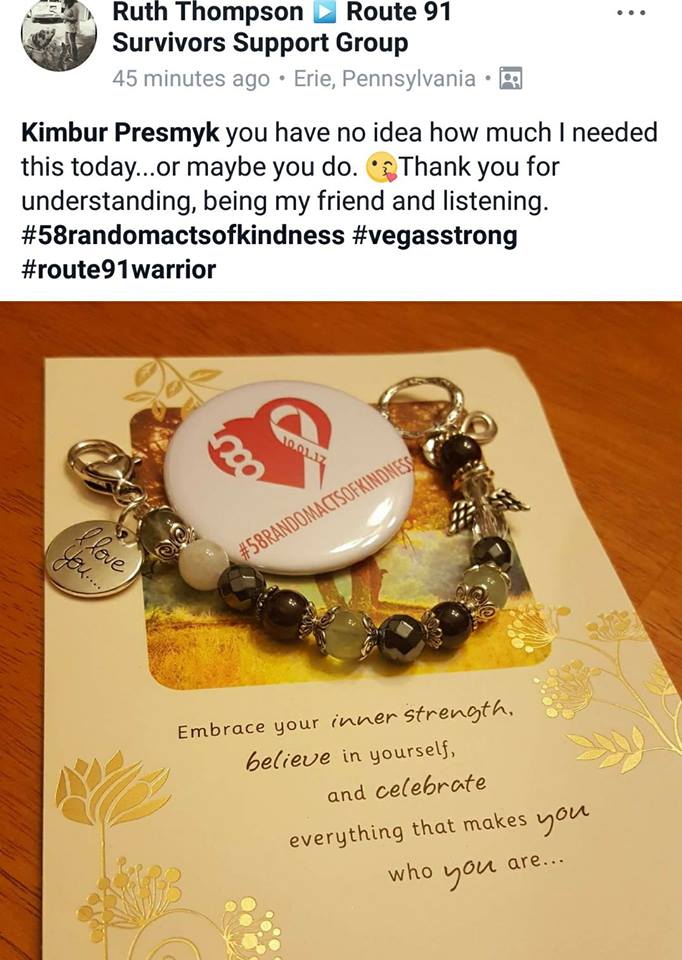 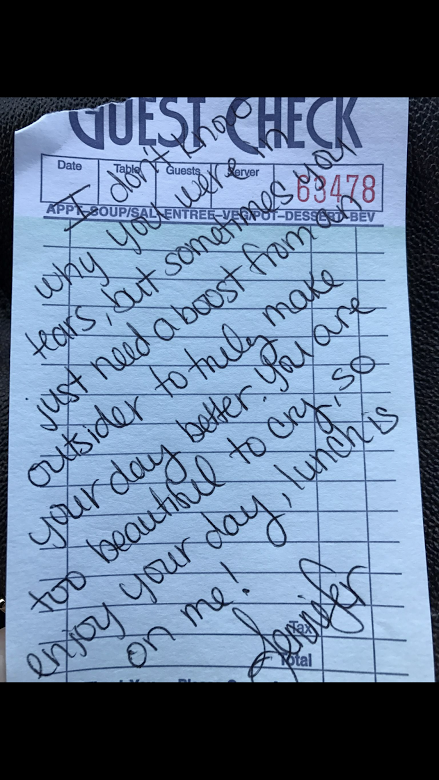 Mary recounts one of her favorite stories from the past month, that of Miguel, a teenage boy with autism who gave his last $5 to a homeless man so he could eat.

“The most rewarding part for me is the encouragement I get from reading what everyone is doing to impact the lives of others and how this has helped so many begin the healing process,” Mary says. “There are endless ways to encourage someone. It does not have to be financial. It can be with a phone call, taking in the neighbor’s trash or leaving a card on a co-worker’s desk. The kindness possibilities are endless.”

So, what happens after the 58 random acts of kindness are completed?
“Unlike a campaign that eventually ends, this was started as a ‘kindness movement’ with the hope it would become a lifestyle long after people actually completed 58 Acts,'” Mary adds.

As to what Kindness and Hope mean to her, a woman that started a kindness movement, she says: “Kindness and Hope for me, means to make a positive difference in the life of others with the hope I will inspire them to do the same.”

To learn more about #58 Random Acts of Kindness, check out their website HERE.

To have your faith in humanity restored, check out the daily acts of incredible kindness HERE. 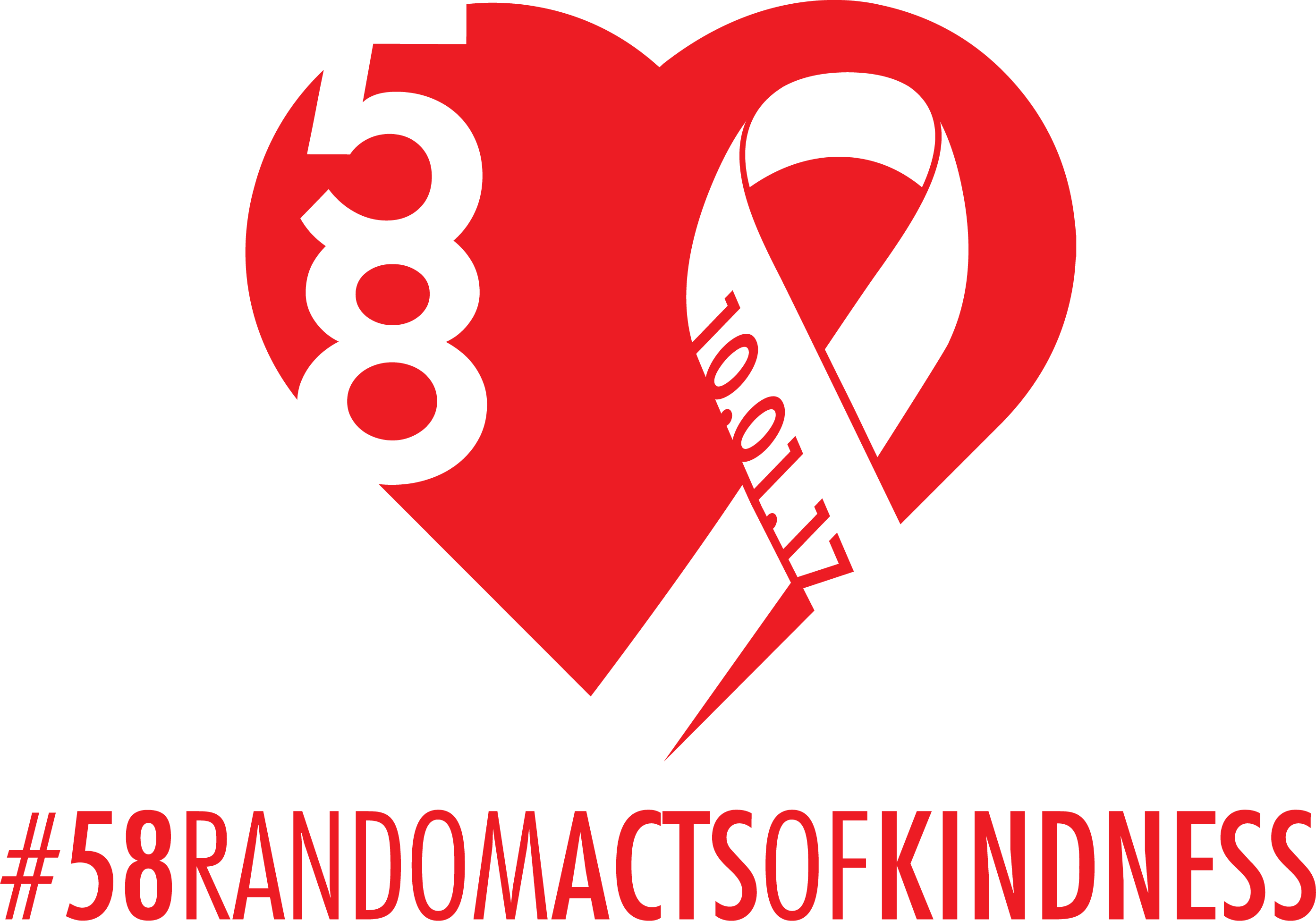 Previous StoryHelp Create Change: Domestic Violence Victims shouldn’t have to wait a year and day to divorce their abuser
Next StoryFeeding the hungry & homeless: How one small act of kindness spawned two decades of changing the landscape for those who have nothing