Many have seen the images — the horrifying, squalid-like conditions that currently are the reality for migrants held in Detention Centers in America.

The details of their day-to-day life are nothing short of appalling: Children sleeping on the floor in filthy, overcrowded conditions, scared, hungry and sick.

On June 27, the NPR published this account of what is occurring at the Border Patrol station in Clint, Texas: “Bleak scenes of tearful, malnourished children reeking of filth and jammed into frigid, overcrowded quarters have emerged in new accounts from immigrant rights lawyers, who conducted dozens of interviews with children inside Border Patrol stations across Texas.”

Children are denied the right to toothbrushes, soap, towels, bathroom access, adequate food, and drinking water, while sometimes living in near-freezing temperatures. There have also been allegations of abuse.

The Trump administration argued in court on June 18th that it should be able to force detained migrant children to sleep on concrete floors and deprive them of soap and toothbrushes.

United Nations High Commissioner for Human Rights Michelle Bachelet has joined the chorus of many, who are simply alarmed by what is transpiring.

“Any deprivation of liberty of adult migrants and refugees should be a measure of last resort,” she said, adding that where detention is necessary, it should be for the shortest period and under conditions that satisfy international human rights standards.

“Clearly, border management measures must comply with the State’s human rights obligations and should not be based on narrow policies aimed only at detecting, detaining and expeditiously deporting irregular migrants,” Bachelet she said.

Adding that in terms of migrant children, she was “deeply shocked that children are forced to sleep on the floor in overcrowded facilities, without access to adequate healthcare or food, and with poor sanitation conditions.”

Many are labeling the Detention Centers “Concentration Camps”.

Anger is erupting and resonating across the country over the chaos on America’s southern border as the blatant violation of human rights becomes increasingly transparent. The migrant crisis has now become a humanitarian crisis, and America is now a country at a tipping point where something needs to be done.

On Friday, July 12th, 2019, Lights for Liberty: A Vigil to End Human Detention Camps intends to just that — showing their solidarity for detained migrants with hundreds of candlelight vigils. They intend to bring thousands of Americans to detention camps across the country, into the streets and into their own front yards, to protest the inhumane conditions faced by refugees. The group is a coalition of people, many of whom are mothers, dedicated to human rights, and the fundamental principle behind a democracy that all human beings have a right to life, liberty, and dignity.

Toby Gialluca, a co-organizer for Lights for Liberty tells Kindness and Hope that what started out as a small grassroots event has exploded in recent weeks, with 638 (and counting) Lights for Liberty events now slated for Saturday.

“People just feel so hopeless at the moment so they feel this is their way to jump in and make a real difference,” she explains. “We have individuals getting up and knowing action needs to be taken to create change. A lot of people are very angry and this has become the perfect outlet for them to express their anger and disgust in a non-violent way. ”

In a website statement, the non-profit writes: “Key events are planned in El Paso, Texas, where migrants are being housed in outdoor conditions under a bridge with no running water for months at a time; Homestead, FL, at a migrant child detention facility that has caused mass abuse and neglect; in San Diego, near the point of entry site from Tijuana; in New York City, at Foley Square, where hundreds of migrants are processed through detention a day; and in Washington, DC, in Lafayette Park, to demand action from Congress to end concentration camps and impeach the President. Legislators, activists, organizers, and members of impacted communities will speak prior to the candlelight vigil.” 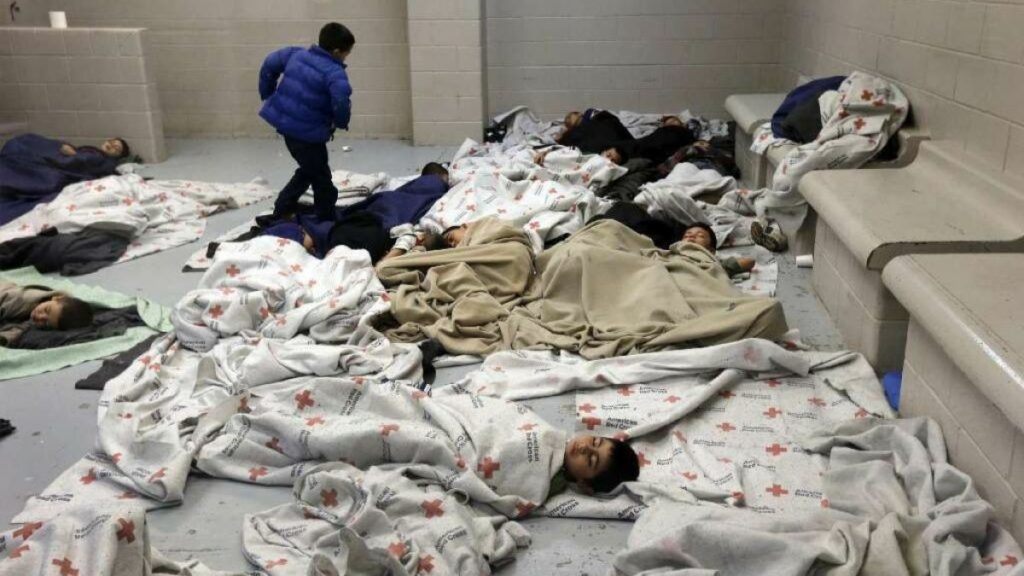 Gialluca is all too well aware of why so much hatred is being directed towards the current administration.

“You don’t take clothes off a baby’s back — it’s insane that their (the administration’s) party line is a monetary one,” she says. “There’s this narrative that it is about budgetary issues — it’s not, it’s a manufactured crisis. If they processed children in the way they were supposed to, it wouldn’t be happening.”

She adds: “Many people are presenting themselves for asylum. They are fleeing for their lives which are being threatened. We cannot even begin to imagine what they’ve been through.”

Elizabeth Cronise McLaughlin, lawyer, activist, and organizer says: “Across this country, we have witnessed acts against people fleeing persecution many of us thought we would never see in modern times.

“At Trump’s concentration camps, teen mothers and babies are held outdoors in “dog pounds.” We have witnessed the sick and elderly confined to ‘icebox’ rooms for weeks at a time. Unbelievably, children as young as 4 months are taken from their parents, medicine is confiscated, and medical care withheld, and LGBTQ and disabled individuals are held in solitary confinement.

“The Trump administration’s immigration policies and detention camps meet the United Nations’ definition of genocide and crimes against humanity,” said Elizabeth Cronise McLaughlin, lawyer, activist and organizer. “Congress is refusing to stop the president and his policies. We cannot allow these atrocities to be perpetrated in our name.”Perhaps most terrifying, refugees are beginning to be moved onto military grounds, where there will be a lack of oversight from the media, lawyers, and human rights monitors.”

She adds: “Now is the time for every person to stand up and say, ‘We will not accept this!’ No more hesitating. No more denial. No more fear. We need to be bold, and loud, and unrelenting. That’s the only way we can stop this.”

To find out more or to get involved visit Lights for Liberty’s website by clicking HERE. And to get the latest event news, visit their Facebook page HERE.

You too can make a difference.

Previous StoryFeeding the homeless & hungry in Los Angeles: How one organization is on track to provide 204,000 meals to those in need by recycling food
Next StoryPoignant photos of New Yorkers silently protesting ICE raids and demanding closing of child detention centers