Even in 2017, the stigma of HIV is  prevalent. This tends to be even more so the case in many African communities, causing women to live in fear, making it difficult for them to get the care they need.

But there is an organization changing that — mothers2mothers (m2m) have reached almost 1.5 million women living with HIV in 9 countries, making an impact many thought was unimaginable.

The story below about mothers2mothers is republished courtesy of Good News Shared:

One of the organisations which has helped to achieve this 75% drop in infection rates and virtual elimination of mother to child transmission of HIV is mothers2mothers, through their Mentor Mothers scheme.

HIV positive mothers are trained, supported and employed by the charity, working to eliminate HIV across sub-Saharan Africa, tackle the stigma surrounding the disease, and support families through early child and teen development.

The scheme is particularly successful due to the fact that Mentor Mothers understand the social and cultural challenges of living with HIV, and are therefore able to form close bonds with other women who are facing the same fears.

Beginning in 2001, the scheme has grown from 5 HIV positive Mentor Mothers to over 1,700 who provided, last year alone, services to 860,500 women, children, adolescents and men across nine sub-Saharan African countries. This means that, in the countries where Mentor Mothers work, 1 in 4 HIV positive mothers are being seen.

In many cases, the transmission of HIV from mother to child is entirely avoidable; transmission rates fall from 40% to only 2% with treatment. Furthermore, the programme is saving huge amounts of money through averting HIV treatment costs – for every $1 spent through the m2m programme, $11.40 is saved. This means that, if the mother2mothers scheme was adopted nationally, $51 million in treatment costs over the lifetime of infants born with HIV could be saved in Uganda alone.

One of the amazing mentors part of this scheme is Pamela. Pamela found out she was HIV positive in 2013 at a clinic for antenatal care. Afterwards, she went home to her husband and asked him why he knowingly gave her the virus. He got violent, and she had to move to her parents home. For weeks community health workers tried to convince her to go into care, but she refused for months. Eventually, she returned to the clinic and met with a Mentor Mother. In Pamela’s own words,

‘She told me that she is HIV-positive and through the education and support she received from the mothers2mothers programme, all three of her children are HIV-negative. She told me to look at her and the way she walks, talks and looks. She looked so healthy.

I told the Mentor Mother that she was paid to trick me and to lie to me by saying she was also HIV-positive. But the Mentor Mother sat me down with a cup of tea and shared her story with me….I began to accept my status. 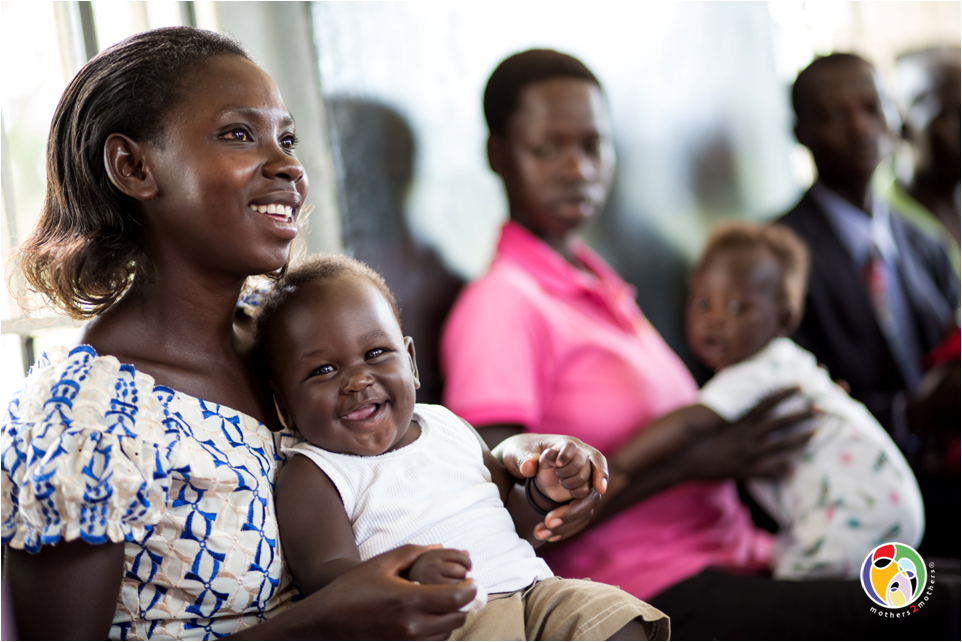 The Mentor Mother invited me to a support group and also encouraged me to talk to my husband about getting tested. He did as the Mentor Mother asked and he tested positive. Thanks to the Mentor Mother’s support, he accepted his status and started his treatment. It was a long way for him to come from our first fight where he took no responsibility.

Through the support group and becoming a Mentor Mother myself, I am now empowered and I will empower other ladies – mothers like me who are in denial or who lack knowledge or don’t know that an HIV-positive mother can deliver an HIV-negative baby. I can empower them.

Now, thanks to the m2m programme, I have an HIV-negative baby and through the money that I earn by being employed as a Mentor Mother, my life has truly changed. I now have a home and a supportive husband, I am very happy.’

To find out more about the incredible work that mothers2mothers is doing, please see the video below and to donate, click HERE.  Every baby deserves to be born free from HIV. YOU can make that possible.

Previous StoryHumanitarian Siobhan Neilland opens up about her battle with PTSD: ‘Don’t give up, there IS a way to fight the war within yourself’
Next StoryHow You Can Help Fight Childhood Hunger