As America pays tribute today (Monday, November 11, 2019) to those who have served, it is important to remember that some of those who did survive wars are still locked in a painful battle within. That of PTSD.

Studies show that suicide risk is higher in persons with PTSD, and the rate of vets taking their own lives is rising (the latest available data shows there were 6,139 veteran suicide deaths in 2017, an increase of 129 from 2016). It is the younger veterans accounting for the highest rate of suicide.

Nearly three years ago, we shared the story of Derrick Burgan Jr. (you can read the article HERE), who at 22 was sent off to Iraq. By the time he was 25, he went to Afghanistan.

When he came back to the U.S. in February of 2012, Derrick suffered a “never-ending cycle of survivors guilt, pride, and shame.” He became deeply depressed and hit the self-destructive button by drinking heavily. Suicide was not ruled out as an option.

“Depression sets in with a vengeance and can be extremely deadly,” he said in 2015. “There are days where I would wake up with a pit in my stomach and a cloud over my head for no reason.”

Fast forward to today, and things are looking far more upbeat for Derrick than they were during those incredibly bleak times.

“If you look at my life on paper today compared to when we last spoke, you would think it was separate people,” he relays. “It has been an incredible journey of hardship and triumph and this is still just the beginning.”

He continues: “The highlight of this year has been marrying the other half of my soul. I found a woman that loves me for who I am to my core unconditionally. It’s difficult for some people to love and be with veterans that have issues like PTSD and depression and that is understandable. She makes me believe that I don’t have ‘problems’ and that I am strong and worth it. Having a partner like her gave me my fight back when I was ready to quit.'”

Has his PTSD become more manageable?

“I can’t say it’s been more manageable,” he candidly admits. “What I can say is that I’ve filled my life with things that I couldn’t imagine leaving so suicide has been was and less of an option in hard times. I still have my dark times and in those times I am able to lean on my wife for strength. The dark times don’t last as long and don’t hurt as deep as they used to and that’s all any of us can really hope for. I’ve been going to a great counselor here in NorCal and have found a Veterans Services Office that has helped me tremendously. David West at the Nevada County Veterans Services Office is an incredible advocate for veterans who have made sure I have the resources and support to live the life I deserve. The men and women in that office see you as an individual that matters and not just another vet. I urge every vet that has struggled to find the right help to call their office. If you are too far to get here in person they can direct you to individuals that take care of our own as they do! Their number is 530-265-1446.”

As opposed to a couple of years ago, Derrick now eyes his future in a positive light.

In 2020, he hopes to “continue the work I’ve been doing on myself as a person, a father, a husband, a contributing factor in the veteran community, and a man. Finishing my bachelor’s degree in business administration through vocational rehab is an exciting goal that I will accomplish this year. Above all, I am excited to wake up every day and be able to continue progressing in every way.”

As for this Veterans Day, Derrick is finally reaching a place where he is “proud” of his service to his country.

“Too often I let the pain of those years overshadow the role my service played in making me the man I am today,” he says. “I love going out and being with my brothers and sisters in arms. Just letting them know I love them and value their sacrifices.”

“Kindness and hope are all we have,” he reveals. “It’s the key to bringing back our security in safety and love. We are all in this fight together!” 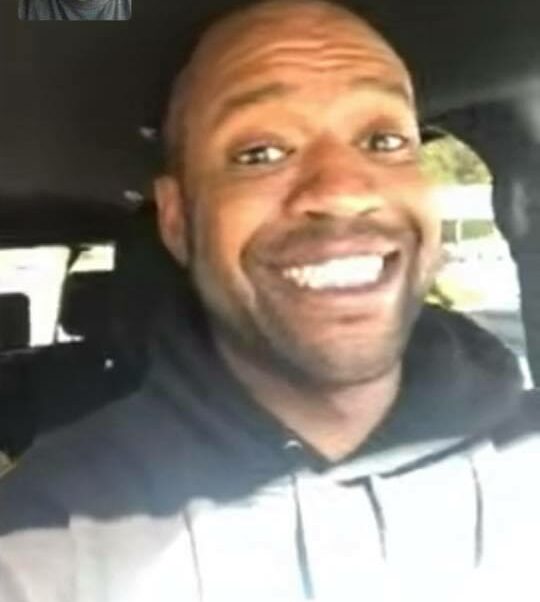 In addition to the number Derrick provided, you can also contact the Veterans Crisis Line if you’re struggling with depression, PSTD, or have suicidal thoughts. Call 1800 273 8255 (press 1), text 838255, or chat to someone confidentially by using this link: https://www.ptsd.va.gov/

Previous StoryHere’s How You Can Help Empower Victims of Domestic Violence
Next Story5 Ways To Help Rescue Animals in L.A.