Even though slavery was abolished 150 years ago, ironically, and heartbreakingly, more people are in slavery today than at any other point in history.

Human trafficking, which is the illegal trade of human beings, is the fastest-growing criminal industry in the world, generating more than
$150 billion USD every year. It only comes second to the illegal trafficking of drugs.  It's sickening and saddening that human beings are a commodity to be traded and sold against their will.

Forcing, deceiving, or coercing a person to perform a commercial sex act.

Forcing a person to work in captivity for little or no pay.

Forcing a person to work for low wages to pay back an impossible debt.

Forcing a child to participate in an armed force.

Very few of those who are trafficked against their will escape — less than 1%, to be accurate. 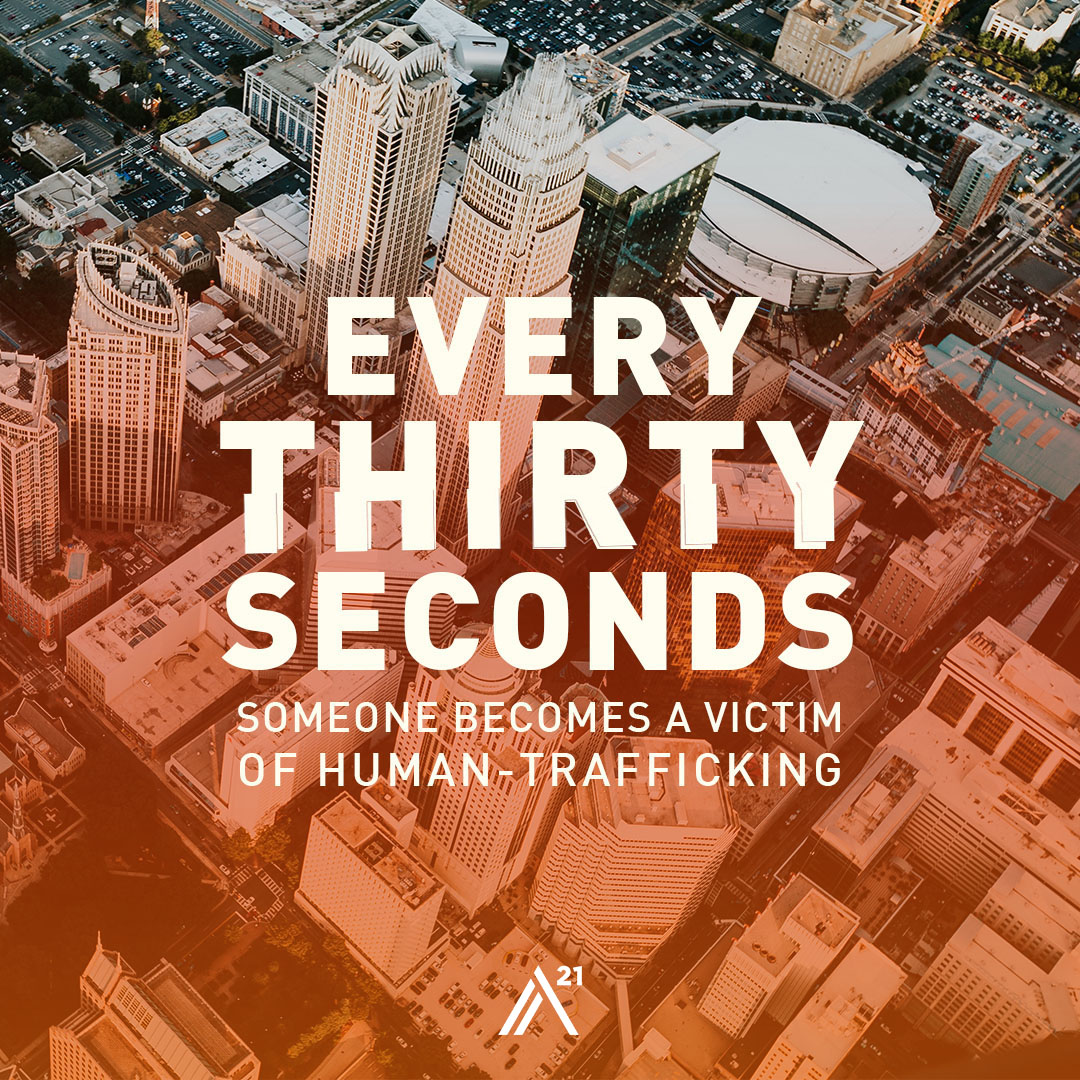 However, some do with the help of  organizations like A21, a non-profit whose sole mission is to end slavery. The organization believes “in a world without slavery.”

They write in their vision statement: “For 9 years now, we've rolled up our sleeves and set our feet to action. Why? Because in a single moment a number can turn into a name, a tragedy into a victory, and a belief into an action. Freedom. That's our goal for every human being on the planet.

“Human trafficking is destroying lives, but freedom will have the final word.”

One of the biggest misconceptions is that human trafficking is going on elsewhere, but the reality is, it's happening in our own backyards.

Nicole's story below highlights this. She was one of the lucky few who escaped. One of the fortunate ones.

Here are some more survivor stories:

In late 2016, A21’s Human Trafficking Resource Line in Greece received a phone call in the middle of the night providing information about refugees who were potential victims of human trafficking. The tip stated that 77 refugees were being held captive in a building in a neighboring country. These refugees were being held against their will, beaten and threatened with death if they did not pay their captors 1100 Euros each

The hotline operators immediately contacted Greek police and Interpol, who were able to locate the building where the captives were being held against their will. They quickly conducted a raid, and 77 refugees were set free!

Gabriela wanted nothing more than to find a better life for herself in Europe. She was 22 and had dreams of getting an education, working a great job and being free of the bondage of poverty. In Greece, she met a man that she believed was a trusted acquaintance. It was too late when she realized that he was not a friend, but a trafficker, and he forced her into the sex trade.

Gabriela was drugged, brutally beaten, had her documents taken from her and was forced to work in the sex trade under the traffickers control. Gabriela bravely waited for months, believing for the right moment to break free, and when that moment came she ran for her life.

Roza is a 24 year-old girl, who left her home country and was determined to travel as far as she could to find a new land where she could build a better life. It was a dream of Roza’s to put her studies into practice. After crossing the Greek border, the traffickers who had made arrangements for her voyage there, locked Roza up. The traffickers announced that she had a debt to pay, and that they would hold her captive until she had paid it off. Roza was held in bondage, abused, and raped by multiple men daily, before she was able to escape bondage several weeks later.

Roza ran until she ended up in a refugee camp close to where she was being held. Because the volunteers and first responders at the camp had been trained on human trafficking response, they knew what to do. Immediately, the A21 hotline was called and Roza was transferred into the safety of the A21 home. 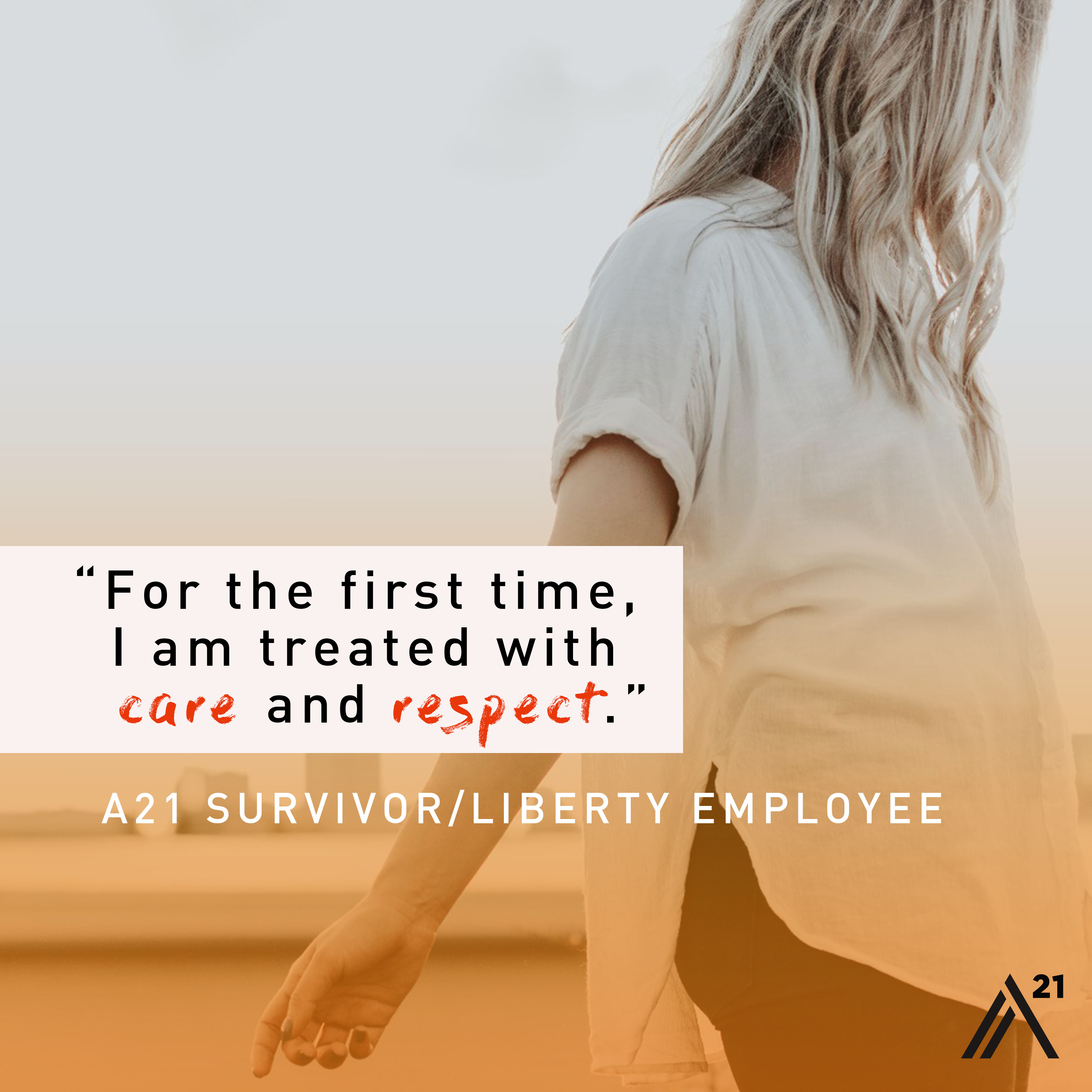 Ola was from a good family in Africa but always dreamed of having a new future in a different country. Her family made the decision to invest into her dreams and helped her get a job in Thailand. Unbeknowst to her family, Ola was very vulnerable to human trafficking. When she arrived in Thailand, a friend gained possession of her passport and forced her to endure physical, emotional and psychological abuse while working on the streets in Bangkok.

Ola remarkably managed to escape her trafficker, but was detained in immigration back to Africa. Through the assistance of A21, Ola was able to get out of detention and reunited with her family.

Athena was a beautiful 16-year-old girl who was promised romance, love and a wedding from the man she loved. The dream of every young girl turned into a nightmare when she found herself betrayed by the one she loved. Athena was trapped into the sex industry and was forced to serve men against her will.

Athena was able to courageously escape one night by daring to seek help from a stranger. She is now free and safe in A21's care in Greece. 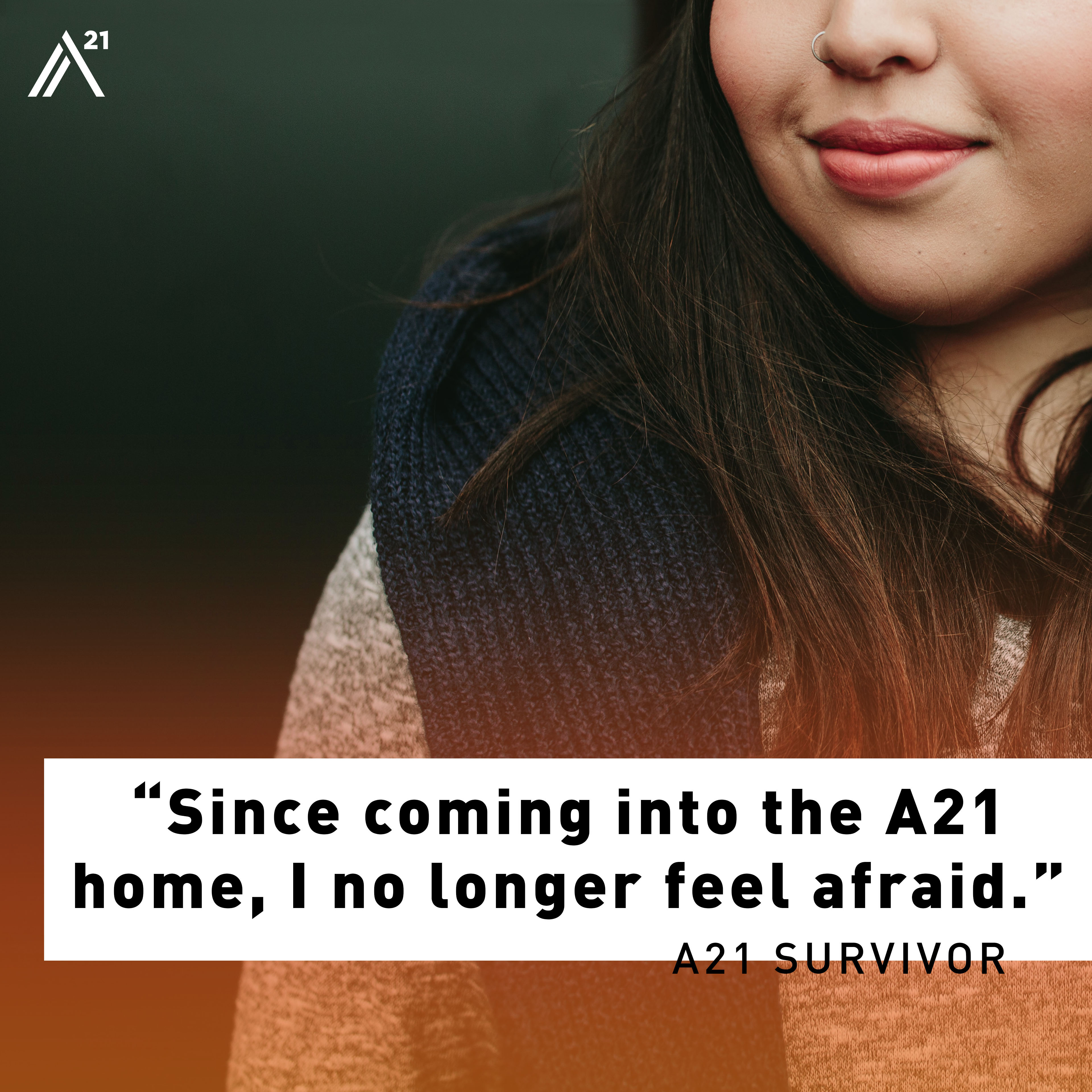 Marta, a 47-year-old lady, was promised a great job in a European country. Eager to accept this opportunity, she boarded the plane as instructed. Marta was picked up by a couple from the airport. She was immediately transported to a brothel, where she was threatened and striped of all her documents.

Marta’s first attempt to escape almost costed her her life. She was she was fiercely slashed with a knife to teach her that she could not run away. Marta made another brave attempt many months later, and this time she was able to truly find freedom.

She received assistance from the A21 Greece team and is now on her way to freedom.

Jon had to become the provider in his family at a very young age due to a death of a family member. In a desperate act to make adequate amounts of money, he took a job that he found online. At 19 he got on a plane and went to a foreign country in hopes of providing for his family.

Upon arrival, Jon faced brutality from his employers, was forced to endure extreme work conditions, and was frequently beaten for working too slowly. Jon was left with almost nothing to help his family when the job ended.

The A21 Ukraine team is honored to provide practical and psychological support to this young survivor.

Oftentimes when poverty threatened a family, children become very vulnerable to the financial offers of traffickers. These four children, who were between the ages of 11 and 14, were sold to a trafficker who came into their village in their home country. The trafficker promised the parents that he would find exceptional jobs for the children that could help provide income for their families.

When the children arrived in Thailand, they had to work without any days-off. Their average working day was a minimum of 14 excruciating hours. They were repeatedly threatened and were not allowed to leave the premises.

A21 was able to prepare their paperwork and repatriate them safely back to their families. A21 will also continue to provide assistance for the children and their families to prevent re-trafficking and further exploitation.

Sam and Duke were lured to another country by the attractive proposition of great jobs. Instead, they found themselves locked up by traffickers and forced to work in horrible labor conditions. For almost a decade, they were controlled by violence and threats.

After years of abuse, one of the two men escaped and fled to the authorities for aid. His testimony lead to the rescue of his friend still trapped in servitude. Sam and Duke as they are now living in absolute freedom.

Bella was a beautiful 26-year-old, who was looking for an escape from poverty. She was offered a job across the Atlantic, with an assuring salary and a promising hope to a new life. The dream quickly became a nightmare when her trafficker captured her passport and confined Bella in a secluded apartment.

Trapped in a dark isolated room, the only human interaction she had was with the men that paid to be there. Bella was finally able to escape the torment. She kept running to get as far away from the trafficker's grasp as possible. Finally, Bella arrived at refugee camp in Greece.

Bella was able to immediately seek refuge when entering the camp. She is free from danger and able to begin her restoration journey.

How we can all help? Get involved 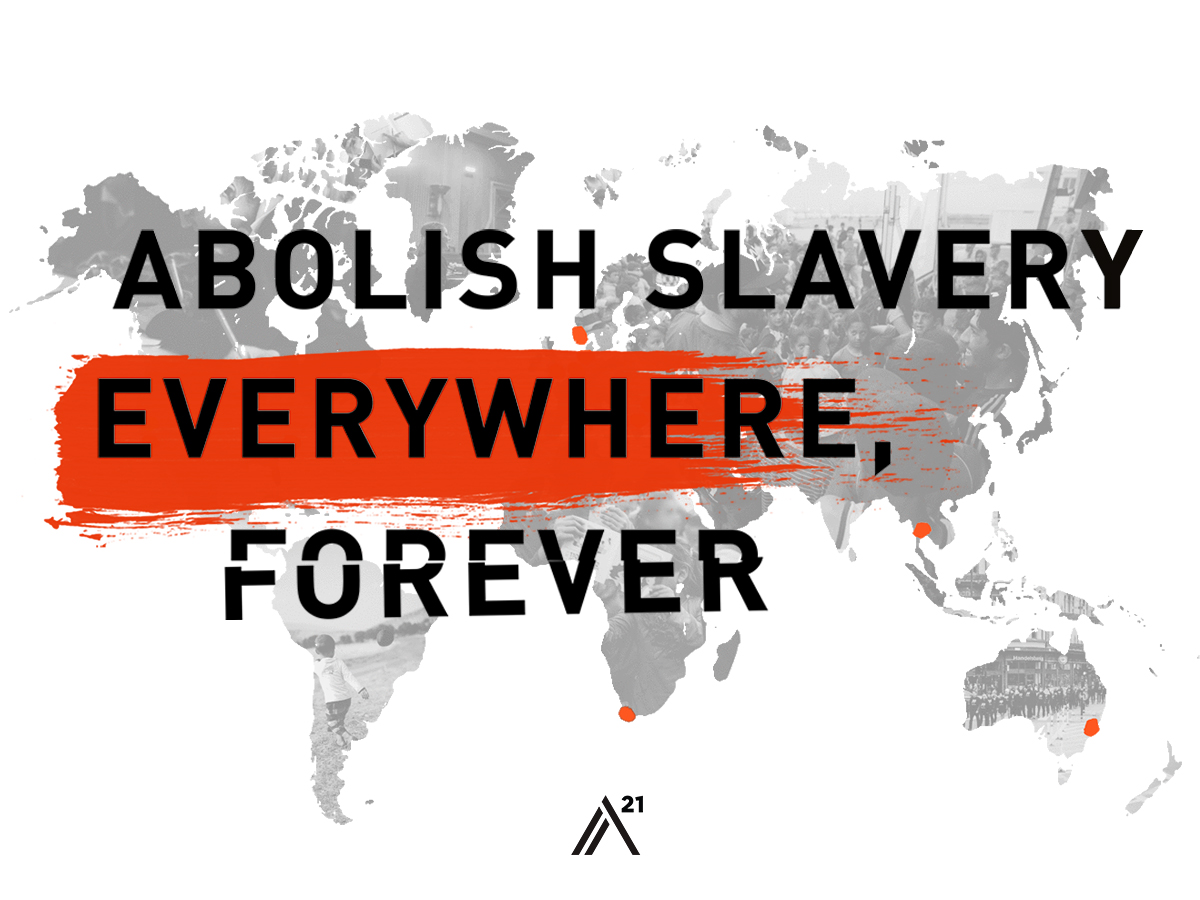 They are accompanied by a controlling person, and does not speak on his or her own behalf, but instead defers to another person.

They are transported to or from work, or lives and works at the same place.

They are unable to keep his or her earnings: it is “withheld for safe-keeping.” In many cases, the person owes a debt they are working to pay off.

They have recently arrived in the country and does not speak the language of the country, or they only know sex-related or labor-related words.

They are frightened to talk to outsiders and authorities, since they are closely monitored and controlled by their trafficker(s). They may be fearful, depressed, and overly submissive.

They may have signs of abuse, and a person may show signs of being denied food, water, sleep, and/or medical care.

They may have bruises, scars, and other signs of physical abuse and torture. Victims of human trafficking are often beaten in areas that will not damage their appearance–such as their lower back.

They can be coerced into drug use by his or her traffickers, or turns to substance abuse to help cope with his or her enslavement.

They may be distrustful and suspicious. A victim of human trafficking may act as if they distrust any person who offers them assistance or attempts to converse with them.

They may have a cell phone despite a lack of other basic belongings.

They may demonstrate affection towards abuser. It is possible they have developed Stockholm Syndrome, where kidnapped victims, over time, become sympathetic to their captors.

*The survivor stories have been republished courtesy of A21, in bid to further shed light on human trafficking.

To learn more about A21 and to donate, please click HERE. 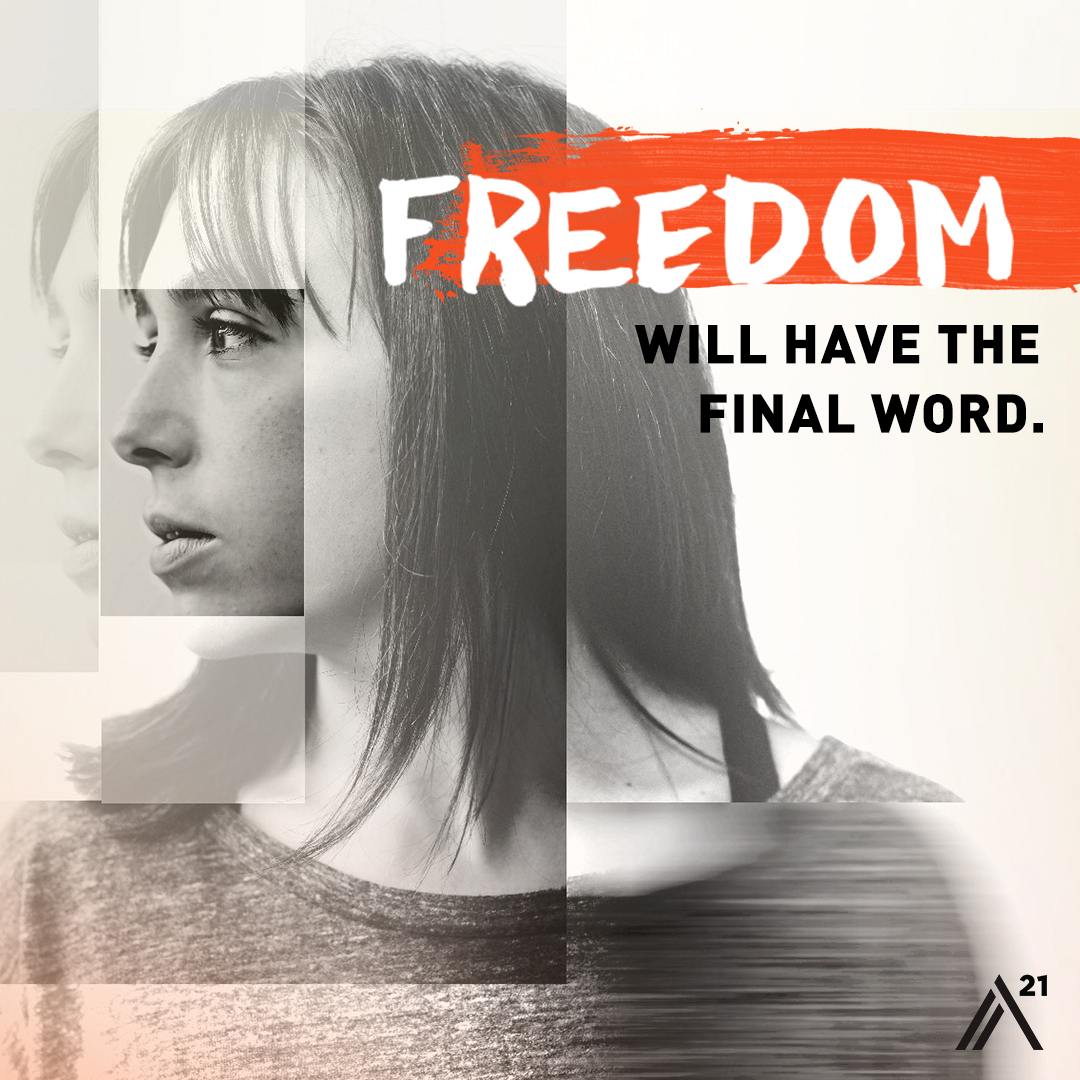 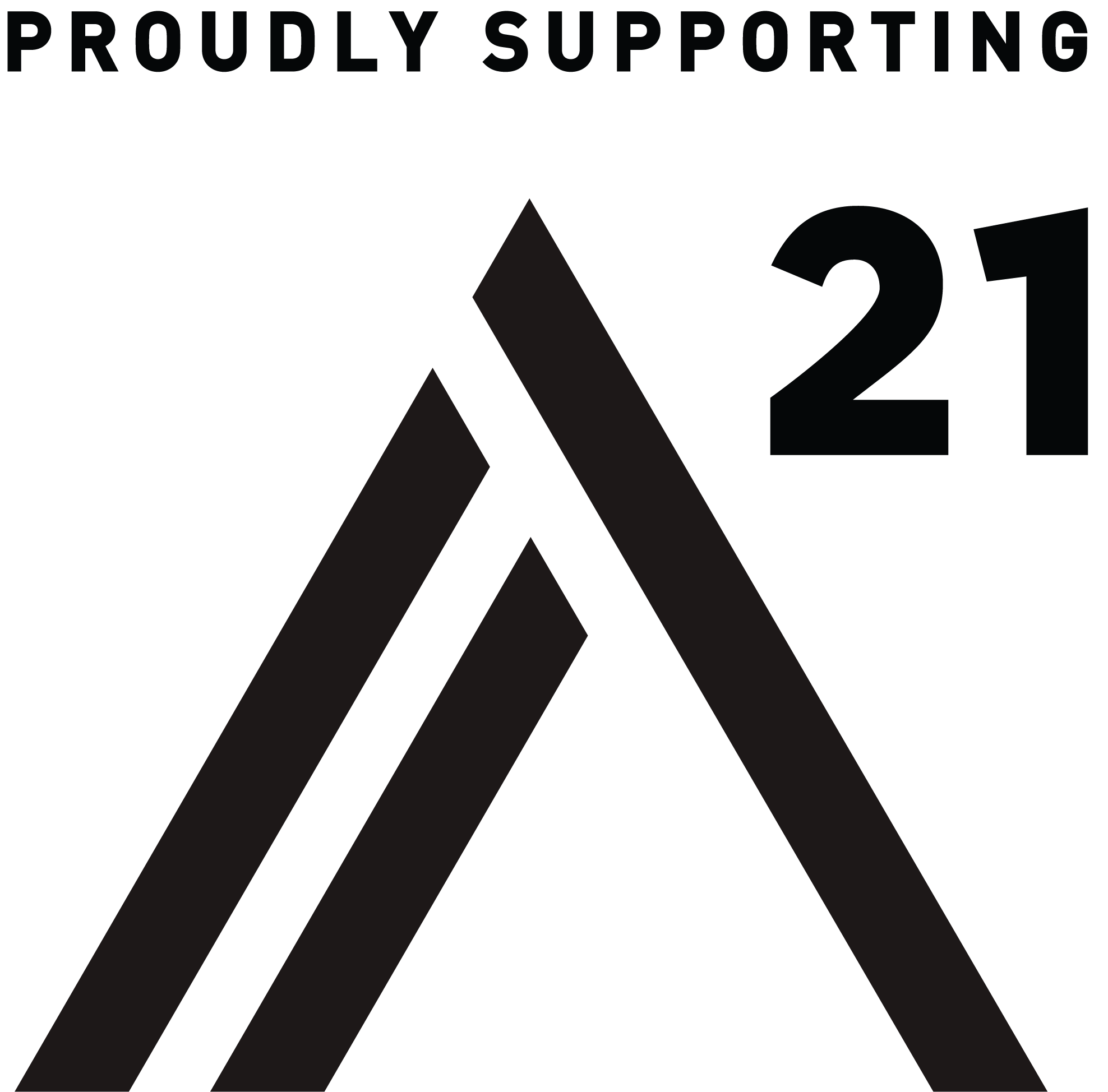 Previous StoryExposing the sickening world of human trafficking: Victims share their stories of survival against all odds
Next StoryProvide Hope for Marian: How you can save this little girl's life