Kobe at HomeWalk surrounded by volunteers

On January 26, America stopped, shocked by disbelief over the news that basketball icon Kobe Bryant had been killed in a helicopter crash in Calabasas, California.

Not only did the crash take the life of the NBA MVP who had a 20-year career with the Lakers, but also his 13-year-old daughter Gianna. Nine people in total were killed including parents and children.

Tributes have been flowing in, honoring the 41-year-old, and also, heartwarming stories of his philanthropy efforts, signaling that he was just as much of a star on the court as off. By all accounts, he had a heart of gold.

Kobe’s good fortune to do what he loved and make money wasn’t lost on him as he headed to Staples Center over the course of his illustrious career. Staples Center is located in Downtown Los Angeles, an area heavily populated by ever-increasing homeless encampments. Helping the escalating homeless crisis became one of the many causes close to his heart.

From 2011 to 2013, Kobe joined United Way of Greater Los Angeles as the Honorary Chair of HomeWalk, their annual fundraiser to end homelessness in L.A., helping to bring people’s focus on the growing problem and the challenges to fix the crisis. He was a vocal advocate on behalf of those who needed a safe and stable home.

“Kobe’s passion for helping our neighbors experiencing homelessness stemmed from his connection to Los Angeles and the Staples Center,” President and CEO of United Way of Greater Los Angeles, Elise Buik tells Kindness and Hope. “His commute to and from the arena was a big eye-opener for him and the magnitude of the crisis even back then. He once shared that he felt LA and Staples were ‘his house’ and it troubled him to see how many people were living on the streets when he would leave his games in the evenings.’”

“We were very fortunate to have Kobe participate as HomeWalk chair, which helped bring awareness to the work we are doing in the fight to end homelessness,” Elise says. “Through his support and participation, we saw some of the highest numbers of participants and fundraising we have ever had. His impact was truly felt those years!” 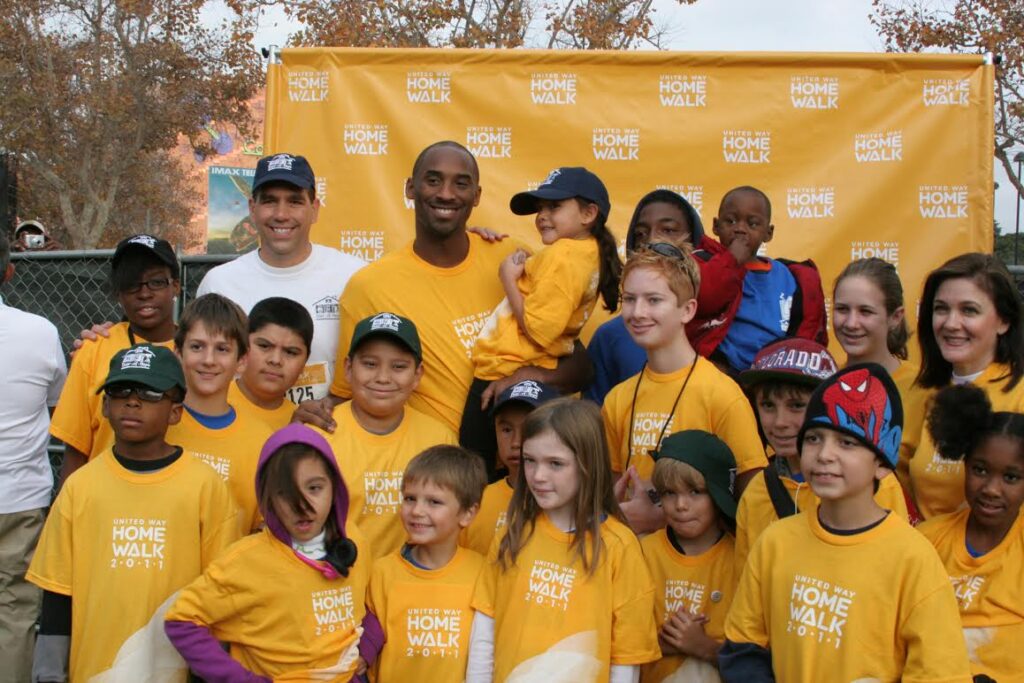 She adds: “Not only did Kobe serve as HomeWalk chair, but he and Vanessa were big supporters of the work to end homelessness in Los Angeles as a whole. Their foundation raised funds for HomeWalk and other organizations with this focus as well. They were truly committed and shared a deep passion for helping others.”

When asked to describe Kobe, Elise says: “Kobe was truly one of the most genuine, kind-hearted individuals I have ever met. You could sense his warmth, humanity, and empathy. He and Vanessa would come to HomeWalk with bright smiles and just be fully present in their interactions with people. It was a beautiful thing to watch, this big celebrity and his wife connect with our participants. The first year he was involved, he walked over to the start line and there was this giant mob of people which didn’t faze him at all. The next year we built a bridge for him to walk over. He was still so excited to see and be amongst the crowd.”

“We are forever grateful to Kobe and Vanessa Bryant for sharing their deep interest in the plight of homeless youth and families to bring more visibility to such an important issue in our community,”  Elise says. “Kobe led with humility and compassion, championing the cause, rallying around those who needed help, inspiring thousands to do more—and be true heroes by helping others. He was a visionary leader, being one of the first to lend his support and status, catapulting a spotlight on the homelessness crisis, and ways people could get involved to help those suffering on the streets. Kobe’s passing, along with his daughter and all on board who perished, fills us with unending sadness and loss. We join all in mourning and stand united in our thoughts of strength and support during this time.”

To learn more about United Way of Greater Los Angeles click HERE. To become involved in HomeWalk 2020, happening in May, click HERE. 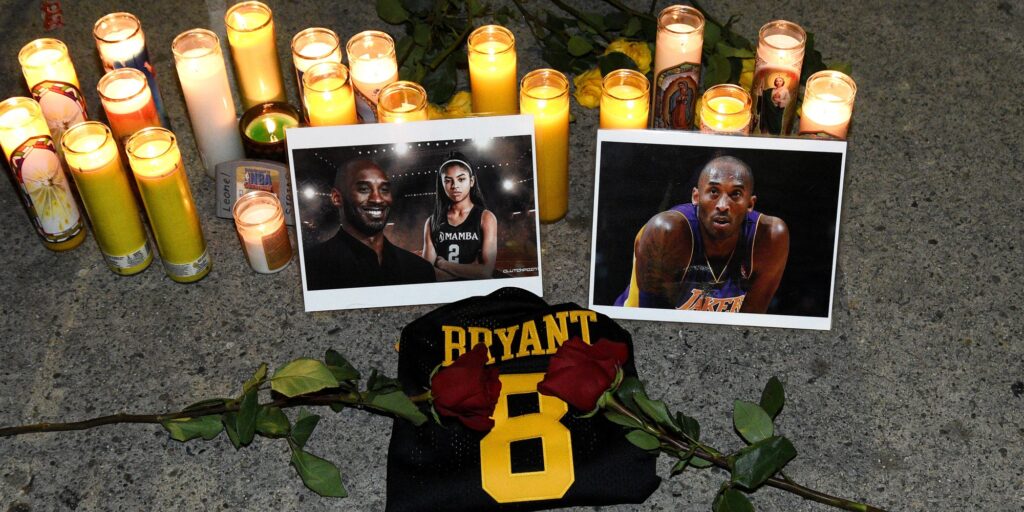 Previous Story‘Aquaman’ star Jason Momoa melts hearts as he pays a visit to sick kids in hospital in Pennsylvani
Next StoryFrom Tragedy to Triumph: How One Life Can Make a Difference