Sometimes, just one person can really make a difference and the impact upon people’s lives is far-reaching in the most positive of ways.

James Hawkins is one such person and his story below, republished courtesy of Good News Shared, is one that will inspire.

Music producer James Hawkins, whilst not the first to stumble upon such a realisation, has been known to put this philosophy to the test with regards to whom he chooses to work with.

For James, the magic ingredients that can take singers from ‘generic’ to ‘greatness’ is a combination of purpose, sincerity and emotion— an array of qualities that his current project possesses in abundance.

James, together with the charity Missing People, are the founders of the Missing People Choir, formed in 2014. The choir, directed by James, consists mostly of individuals who have lost loved ones, as well as volunteers, and other supporters of the charity.

From its first rehearsal in June 2014 to now, the unprecedented success of the Missing People Choir has been James’ attempt to utilise the power of music to create not only harmony between choir members built through mutual understanding, but connections between Choir and audience, allowing for a powerful and gripping delivery by what would otherwise be amateur singers. 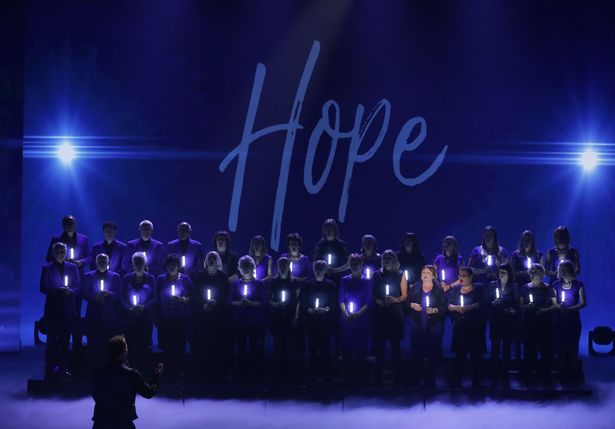 The result? Moving performances of an award-winning calibre. Still sceptical? James’s attestation to the unique musical experience the Choir creates is reinforced by not only a position on Britain’s Got Talent 2017 (see video below), but praise from critic of all critics, Simon Cowell who said: “They’ve got a shot at winning, I think. I remember on the day thinking that it was special.” (Huffington Post, 2017)

James’s inspirational efforts are not motivated by a desire to see the choir succeed, but by a desire to mend the voids that exist within the hearts of its members, giving them a purpose to go forth, as well as providing them with a platform to potentially reach out to their lost loved ones. James’s tale is one of truly selfless community spirit.

If you would like to know more about James, his musical philosophy, and the Missing People Choir, please click here.

Previous StoryA mother’s plea to put an end to child sex trafficking
Next Story‘She has encouraged me to keep going, even when I wanted to quit’: How love is helping this warrior combat PTSD