June is National Post-Traumatic Stress Disorder (PTSD) Awareness Month, with June 27 designated as PTSD Awareness Day. The goal is simple: To increase knowledge among the public about issues related to PTSD, to encourage those suffering from this affliction to seek help and to provide insights into caring for family members coping with PTSD.

PTSD doesn’t just affect those who are suffering from it, but those around them, too.

Recently, Joey and Lisa Willis, a military couple from Titusville, Florida, celebrated their 7th anniversary. Joey, a wounded warrior, largely credits his wife, who is also his caregiver, with saving his life.

At age 22, Joey joined the Army as a Military Police. After extensive training, his first deployment was to Camp Bondstill, Kosovo in 2001, Second to Kandahar, Afghanistan in 2003, Iraq in 2004, providing support for the cities of Baghdad, Falujia, under the Marine Expiditonary Forces commanded by General Maddis, Ramadi and Sadar City.

During his time serving, he was blown up three times.

Joey recounts the incidents: “The first incident was in Falujia, around April 2004, where my truck was sitting on a cloverleaf just outside of the city limits. There wasn’t heavy fighting at the time. We’re providing security, and heard two mortars leave the tube. While in combat you learn quickly the sound of incoming verses out going. I yelled for my gunner to get down, and the next I remember hearing was my radio going off. I wasn’t sure what truck was calling me, but as soon as that one would break, than another one was calling me. I wasn’t sure how long I had been knocked unconscious. The two mortars hit next to the truck. None of us went to the TMP, because we didn’t have any visible marks.

“The second incident we had been on patrol for 15 minutes and a road side bomb went off towards the back of the vehicle. I was unconscious for a couple seconds. I asked if everyone was ok, they were good, and we continued on our mission. The next day I got on a plane to go home for R&R.

“The third incident was shortly after returning from leave. We were doing a night convoy escort and a road side bomb went off in front of my Humvee. Luckily, it was just a field artillery illumination round. After that I developed a light sensitivity and was pulled off combat missions.

“These events not only left Joey with some physical injuries, but more so, emotional wounds that he has been battling with ever since.

“Due to my TBI, I suffer headaches and massive pressure in my head,” he explains of the implications of the incidents. “Emotionally, I was disconnected from love and trusting people. I unconsciously replay events from war over and over in my head and handle stress completely different than most people. By putting my trust in Christ, it has helped me to deal with all this. Knowing someday he will return and take away all of my pain and suffering.”

Loneliness and a sense of isolation was also something Joey grappled with.

“I can feel alone standing in the middle of a family gathering,” he says. “Most of it is my fault, because for so long I didn’t share my feelings with my family. The only people I felt like understood me were my battle buddies from war and some close friends in Christ.”

He soon began to realize something, emotionally, wasn’t right with him.

“Once I got out of the military and began to struggle with trust issues,” he recalls. “I was always in a state of hyper vigilance. I had a job working a round Humvees and it really started to show that I was struggling.”

Married at the time, his relationship quickly began to crumble and he hit rock bottom when his two daughters turned their backs on him.

But, he never gave up hope when things seemed entirely hopeless “because the Bible is very clear that Christ never lets you go.”

There were two things which inspired him to also believe again — Wounded Warrior Project® (WWP) and a woman, named Lisa who he met on the internet.

Lisa, an Army family dependent, had a good understanding of the invisible scars vets face.

“While on our first date, Joey shared his experience of the Army with me, and explained that he suffered from PTSD and an unknown TBI,” she recalls of their first face-to-face meeting. “He told me that if I didn’t want to stay with him because of it, he would understand. I made the choice to stay. I knew I wanted to be part of his life. Three days later, we both had fallen in Love. Christ brought us together and is continually walking us through each day.” 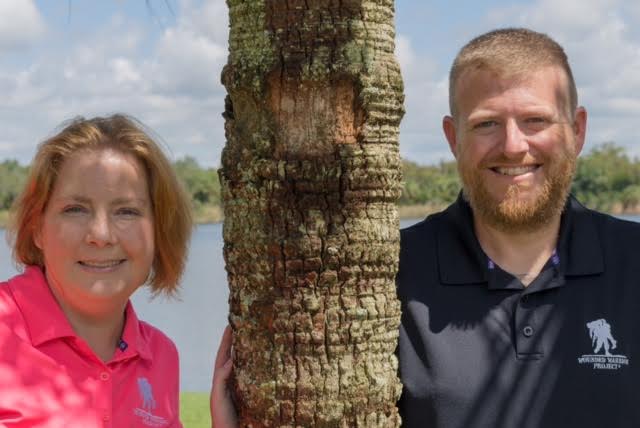 And, she has been with him every step of the way ever since.

“When Lisa looked at me, she looked past what was wrong and chose to stand beside me,” Joey says. ‘She has been here every step of the way, hand in hand, and even when it was rough. She still stayed and supported me. She has encouraged me to keep going, even when I wanted to quit.”

Loving someone with PTSD isn’t without its difficulties, however, and Lisa admits, at times, it has put a strain on their relationship.

“Sometimes the communication is not what it should be,” she says. “At times, Joey isn’t able to handle daily activities, and I’ve had to handle a lot of them by myself. I’ve made sacrifices of what the world calls a normal relationship, but in return we have our normal relationship.

“Joey had said that Christ is his rock, and I’m the pebble that helps him be steady. I walk each day beside him, help when he struggles, and loving him in spite of the PTSD and TBI.”

Lisa says that her motto in life is to “adapt and overcome.”

“Loving someone with PTSD/TBI means that every minute can change,” she says.  “When I allow Christ to help me adapt and overcome every situation we face, he can help make those changes seamlessly.”

Her advice for other women in a relationship with veterans suffering from PSTD?

“Realizing that PTSD/TBI is not something that you just get over, and that it’s a way of life for you both,” she explains. “Some days will be good and some days will be bad. Loving them means having a love hate relationship. You love them and hate PTSD/TBI.”

Joey’s advice for other men who are walking in his shoes is to “not push anyone away that’s willing to help.”

Thanks to the generous support of donors, Joey was able to find that help with WWP’s multi-day mental health workshops that are offered as all-male, all-female, or all-couples and tailored to each warrior’s specific needs, free of charge. Joey attended an all-male workshop that taught valuable skills to help him cope with his invisible wounds of war.

“I’ve been in a place where hope doesn’t exist,” said Joey. “I’ve been blown up three times during my deployments, and now I struggle with post-traumatic stress and a traumatic brain injury. I attended the mental health workshop because I wanted to find the hope I lost.”

Combat veterans typically isolate themselves from society and their families, often making these workshops the first time they become active in their recovery. These couples workshops provide safe, private environments for warriors and their significant others to express themselves and share their experiences using special activities in a recovery model that allows warriors to be vulnerable to the unknown and identify and work through anxieties together.

WWP recognizes that the inviable wounds are not only felt by the warrior – but the family too. Recently, Joey and Lisa have been registered to attend an all-couples workshop, as Lisa’s role in Joey’s journey to recovery is essential.

And, how instrumental has Lisa been in his recovery process?
“Very, I honestly don’t know where I would be without her and Christ,” he says.

Both Joey and Lisa echoed a similar sentiment when asked what kindness and hope meant to them and saw sharing their story as an “opportunity to help someone else who may be struggling.” 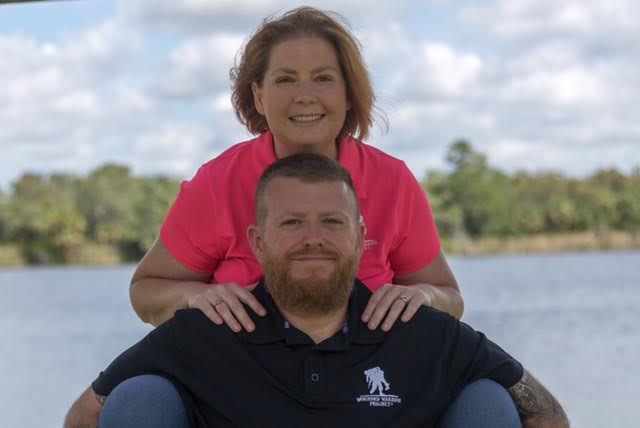 We Connect, Serve, and Empower

The mission of Wounded Warrior Project® (WWP) is to honor and empower Wounded Warriors. WWP connects wounded warriors and their families to valuable resources and one another, serves them through a variety of free programs and services, and empowers them to live life on their own terms. WWP is a national, nonpartisan organization headquartered in Jacksonville, Florida. WWP is an accredited charity with the Better Business Bureau (BBB), is top rated by Charity Navigator, and holds a GuideStar Platinum rating. To get involved and learn more, visit woundedwarriorproject.org. To donate to WWP, click HERE. Your generous, tax deductible donation to Wounded Warrior Project® will change the lives of over one hundred thousand injured warriors, caregivers, and family members. 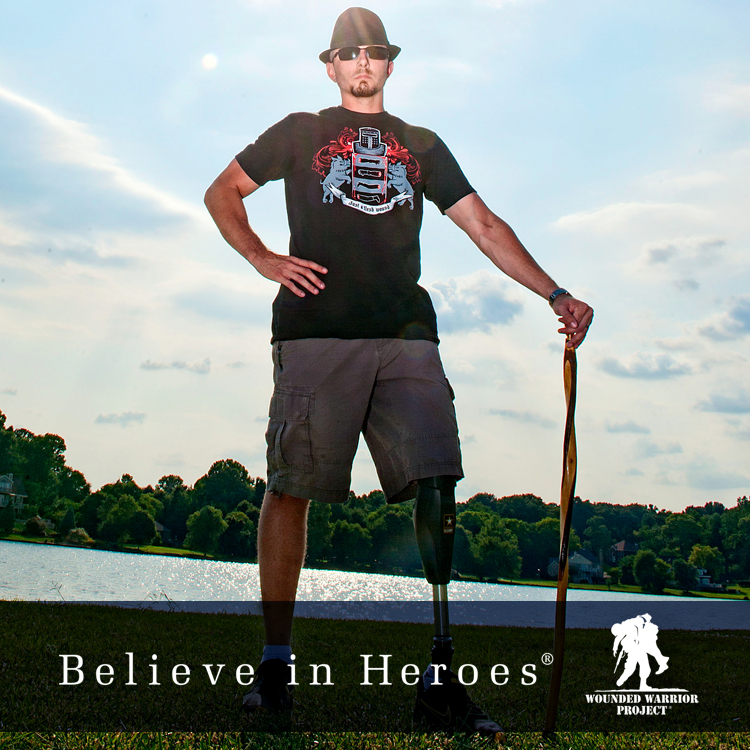