With Britain locked in a battle to contain the various mutant strains of COVID-19, which are more contagious than the first one that unleashed its fury back in March 2020, the country faces being in lockdown for at least another two months, making this winter a particularly grim one for those across the pond — and mental is emerging as a major concern. 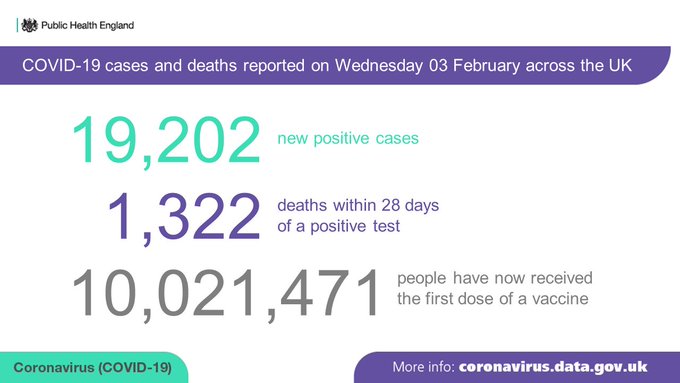 The extremity of being in lockdown for almost a year is taking its toll on so many, so much so, the U.K.’s Sunday Express has launched a campaign for the government to put long-term plans in place now to protect “Generation Lockdown” – youngsters whose futures have been jeopardized by the pandemic.

The newspaper’s campaign comes as experts warn that Britain’s young are on the brink of a mental health disaster. Lockdown measures have brought down deaths and infections – but children have faced hugely reduced education, canceled exams, and have a bleak economic outlook ahead. Our crusade calls upon the Government to guarantee long-term financial, educational, and health support for children, teenagers, and young adults caught up in the lockdown crisis to try to ensure their futures are not permanently blighted.

In the coming weeks and months, the paper will be talking to politicians, experts, and parents to see what is needed to be done – and to make sure it is acted upon immediately.

Ellen Townsend, a Professor of Psychology at the University of Nottingham, said it was a matter of life and death.

She said: “Ultimately what we are talking about is reduced life expectancy across the board.

“ It is well-known declines in mental health and material wealth are directly linked to a reduced life expectancy.

“For this generation, this is millions of life years lost collectively.”

She warned without a return to normality soon, “Generation Lockdown will suffer unnecessarily for years to come.”

On Saturday Boris Johnson wrote an open letter to UK parents, describing how he is “in awe” of the way they have risen to the challenges of the pandemic.

“We’re doing everything we can to support you,” he added.

But a recent survey by the Prince’s Trust found one in four young people now feels unable to cope since lockdown restrictions placed a “devastating” toll on their lives.


The data covers four boroughs across south London, but experts say it mirrors the growing crisis across the rest of the country.

In addition, there had also been a fivefold rise in urgent referrals for eating disorders.

Specialists warn the figures only represent the tip of the iceberg.

Dr. Bruce Clark, Clinical Director for child and adolescent mental health services at SLaM, said: “Research has shown us that young people have been more likely to have experienced the detrimental effects of lockdown and we have seen a significant rise in depression and anxiety disorders to a startling degree.

“But I think there is worse to come when the economic impact hits parents – as we saw after the 2008 financial crash.

“We cannot pretend the health service will solve this by doing more of the same. We currently do not even have the resources to meet the immediate demand let alone the demand in the medium or long term. We need to accelerate investment to develop high-quality innovations to tackle this problem which will affect each person differently in the same way all cancers are treated differently.

“Right now the most fundamentally important thing to do in the short term is to get schools open as early as possible.”

NHS research has shown one in six children now has a mental health problem, up from one in nine just three years ago.

A study released last week from the Education Endowment Foundation found primary school children had “significantly lower achievement in both reading and maths as a likely result of missed learning” as a result of partial school closures.

Last week ten of the UK’s child experts wrote an open letter warning that anxiety, self-harm, and suicidal thoughts are at “frightening levels” among children and many parents are on the brink of a breakdown.

NHS figures show the number of children referred to its child and adolescent mental health services CAMHS was 4,615 per 100,000 – the highest on record and up nearly twenty percent on last year.

Earlier this month the Royal College of Psychiatrists warned of the covid pandemic risks a generation being lost to “lifelong” illness.


The warnings have come as senior Conservatives MPs are pushing the government to stick to its promise to reopen schools by March 8.

Sir Graham Brady, chairman of the 1922 Committee, which represents Conservative MPs, told the Sunday Express that he wants to launch a campaign to “save our jobs” because of the appalling economic impact of lockdown.

He said: “The key to it is to reopen the schools not only because that is what is best for the children and teenagers but also because it allows people to start to go back to work.

“Without the schools being open then it will be very difficult to reopen the rest of the economy.”

Former work and pensions secretary and founder of the Blue Collar Conservatism movement, Esther McVey described school children and university students as “the forgotten victims of this pandemic.”


She said: “All the focus seems to have been on the effects of Covid. Not enough focus has been given to the long-lasting impacts of lockdowns, and we mustn’t allow our youth to be the victims of that failing.”

In a Blue Collar podcast to be released this weekend, Ms McVey also interviewed parents on the impact of the lockdown on their children.

Liz Cole, the co-founder of Us for Them campaign group of parents, said: “The damage is happening every day. It is a matter of urgency now.

“We are calling for schools to reopen as soon as possible and if the government doesn’t reopen schools we want to see the cost-benefit analysis for that.”

Mother of two Victoria Slatter described how her four-year-old son had only just started school when lockdown closed it.

She said: “You don’t get a second chance at being a child or having a childhood and having the experience at school.

“People are trying to brush it under the carpet saying it’s ok they will make that time up, but a lot won’t.”

Another mother of two, Christine Brett described how her 9-year-old son sobbed in January after she told him school was closed again.

“It’s cruel,” she said, adding that she fears the government will “change the goalposts again” in six weeks’ time.

Headteacher Adrian Kneeshaw told Ms. McVey that he is “not convinced” schools will open again on March 8, describing it as “a best-case scenario”.

If you’re in the UK and are concerned about yourself or a loved one, please reach out for help by clicking HERE — there are a plethora of options to seek the help needed.

* This story was republished with the permission of Express.co.uk.