For three weeks now, the world’s largest tropical forest, the Amazon has been burning, with French President Emmanuel Macron calling it an “international crisis”  at the G7 meeting over the weekend, and Brazilian President Jair Bolsonaro rejecting the €20 million promised by the G7 countries to help stop the fires.

The Amazon is known as the lungs of the earth and it is currently choking, emitting the most carbon dioxide since 2010.

But can something but done to save the rainforest?

A new petition on change.org is urging for the help of the United Nations.

The petition already has nearing 110,000 signatures.

This isn’t just an environmental issue, this is a humanitarian issue! The Amazon (known as the lungs of our earth) provides the planet with a lot of its oxygen and is an essential, irreparable link that holds our global ecosystem within balance. It is now emitting the most carbon dioxide since 2010, and climbing!

What’s even worse is that these fires are all created by man due to deforestation for agricultural interests, encouraged by Brazilian president, Jair Bolsonaro, and anonymous groups trying to remove indigenous populations from their lands in order to enact oil drilling.

Scientists say there is only 5% left, before the amazon will reach the tipping point and its ecosystems begin to irreparably collapse. “The fires have led to a clear spike in carbon monoxide emissions as well as planet-warming carbon dioxide emissions, posing a threat to human health and aggravating global warming” worldwide (The Washington Post).

So what can we do?

Dramatic and swift action needs to take place, and the ones who have the power to take this action is the United Nations (UN).

From their website, the UN states it “can take action on the issues confronting humanity in the 21st century, such as peace and security, climate change, sustainable development, human rights, disarmament, terrorism, humanitarian and health emergencies, gender equality, governance, food production, and more. This situation checks almost all boxes. 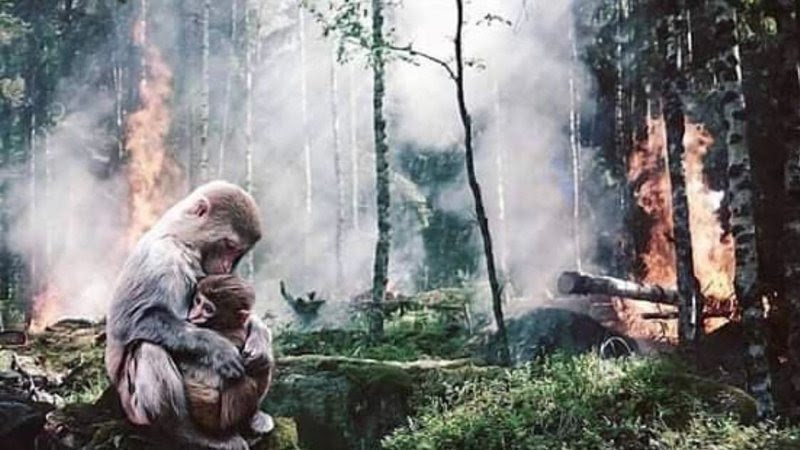 More specifically the UN could:

#1. Send in immediate humanitarian support to all the indigenous and local groups who have lost their homes and way of life.

#2: Coordinate a large scale effort with Brazil and neighboring countries to fight the fires in the most high-risk areas, such as those affecting indigenous, animals and the most fragile ecosystems.

#3: Create economic sanctions on Brazil that would illegalize the cutting, selling and buying of timber and meat produced in the country.

Jair Bolsonaro is clearly only focused on short term economic gains, therefore #3 could, in fact, bring the government to the table of diplomatic resolution and help safeguard this vital life force, for us all.

If a government does not take measures to protect natural resources that have a direct affect on the livelihood and well being of the entire planet and all its inhabitants, it should lose its privilege (not right) to govern over those resources. We the people, and Earth’s collective ecosystem (plants and animals), have the right to live in balance. That balance should not be determined by the greed of a handful of individuals in power.

To join the growing number of those who have already signed the petition and stop this natural diaster, click HERE. 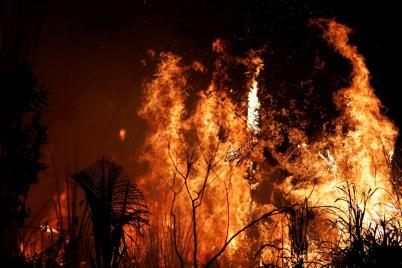 Previous StoryAnimal Rescues: Happily-Ever-Afters
Next StoryHow a Zen priest in Yokohama, Japan is sharing the teachings of meditation to help with suicide prevention and PTSD