Since Donald Trump entered the White House in late January, immigration has become an almost-daily hot bed topic as he seeks a hard line on immigration reform, instilling fear in many.

But, without immigrants, would America really be great again?

Marvin Delcid, an 18-year-old who currently lives in Bladensburg, MD., is proof that behind the scenes, many who came to the U.S for a better life are really making a difference.

At the age of 13, Marvin arrived in the United States from El Salvador, after rejoining his mother whom he had not seen for 10 years.

“My family came here for a better future, escaping war,” Marvin explains. “We came from a place where there was nothing to eat.”

Appreciative of the fact he now can eat, Marvin volunteers at Capital Area Food Bank,  is involved in two separate urban gardening programs in DC, and heads the recycling and gardening clubs at his school.

He is also part of the “What Are You Hungry For?” new initiative led by No Kid Hungry,

This initiative tells the stories of just a tiny handful of those kids, who even though they might struggle with hunger; they are certainly not defined by it.

Millions of kids struggle with hunger in the United States, and that keeps them from focusing on what they’re really hungry for. Generation No Kid Hungry brings together young people from across the country to make sure kids never have to worry about having enough to eat. Because everyone deserves the chance to do what matters most to them. 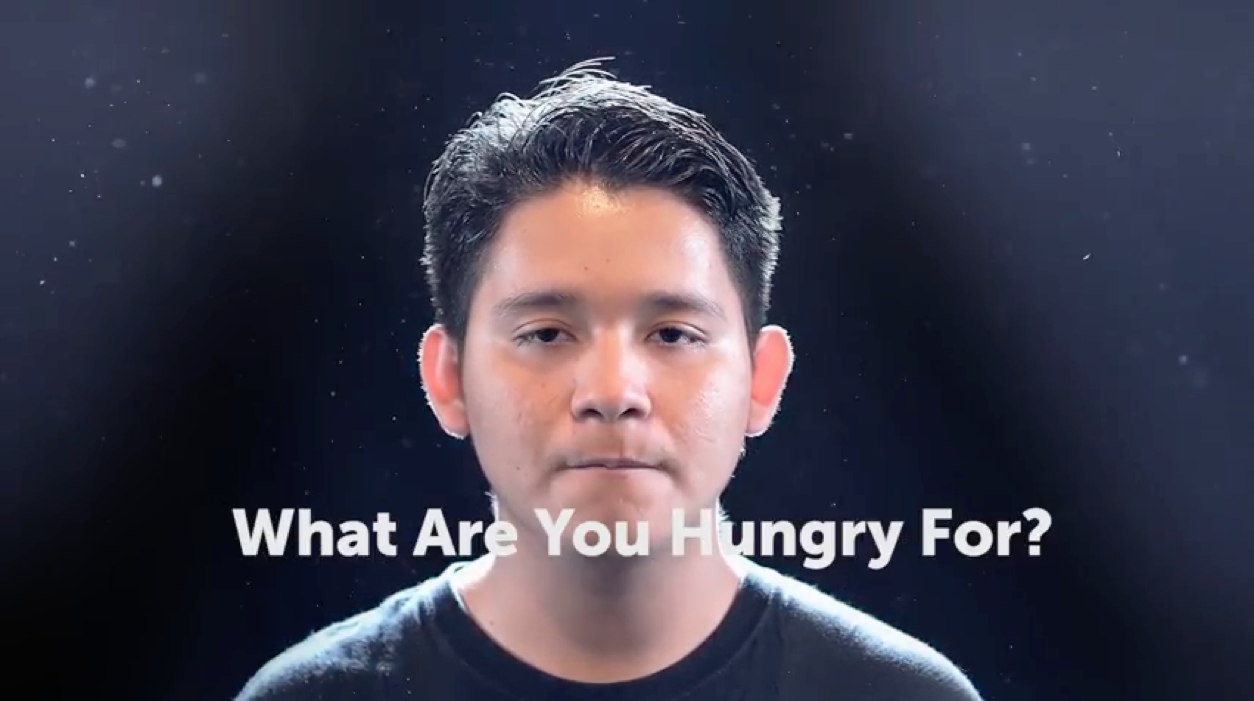 Marvin explains how he became part of the project: “My involvement at the Latin American Youth Center opened the door for me to share my story with kids like me through No Kid Hungry’s “What Are You Hungry For” campaign. As I follow my dreams, I want my peers to do the same. Access to healthy food gives young people the fuel they need to pursue their passions, dream bigger, and achieve their goals.”

“My hopes and dreams are to help every single person that needs resources, by working with the US Department of Agriculture,” he says. “I get more excited every time I have the opportunity to teach kids and teens how important is the environment to us.”

Marvin says the people he admires are ones that are fighting for a better world.

“I think that every person in the world who is fighting for justice, they are truly special people,” he explains. “For the people fighting against hunger in the United States and around the world, that shows a special kind of kindness and hope. We need more people like that.”

And what does Kindness and Hope mean to him?

“Kindness & Hope to me is having a better world to live in, where everyone is equal, has access to resources, and takes responsibility for protecting the environment,” he says.

Here is a video that tells a little bit more about the No Kid Hungry’s “What Are You Hungry For”  initiative:

To learn more about the project, click HERE and to donate to No Kid Hungry, click HERE. For just $10, you can connect a child with up to 100 meals.

Previous StoryMeet the disabled veteran who is set to hike 2,190 miles to raise money for others who served
Next StoryWalking With Compassion